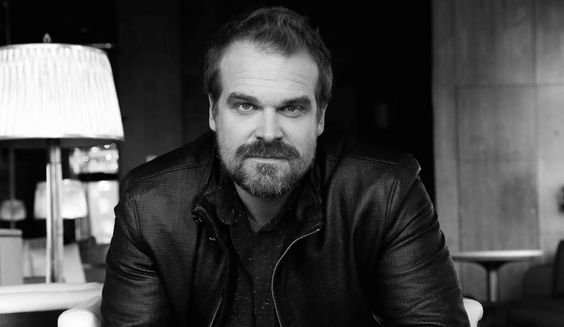 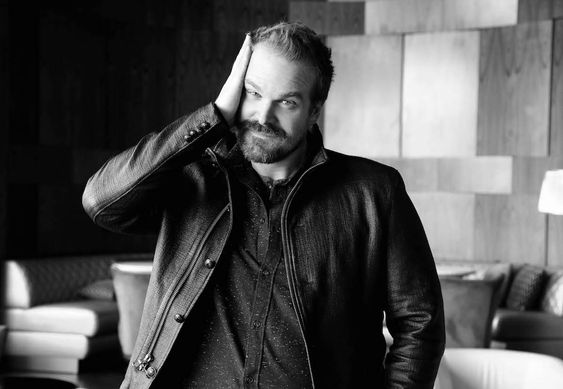 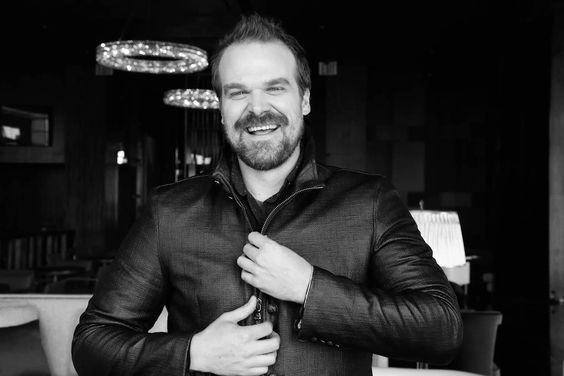 ABOUT Hopper
Hopper is the Chief of Police in Hawkins, Indiana, where he grew up. Hawkins had a sleepy-little-town-where-nothing-ever-happens reputation until something did happen...And Hop stepped up to do what needed to be done, at any cost.

Hopper has military training, and thus is familiar with weapons and fighting styles throughout the world. Despite his slightly out of shape body, he is capable of holding his own in a fight. He is also a survivalist, capable of hunting and tracking, as well as leaving a trail for others to follow. He is able to communicate through Morse Code.
FIRST IMPRESSION
Hop is not the kind of guy you want to mess with. He's nearly 6 and a half feet tall, and built like a brick house. Sure he's got some pudge, from drinking too much and eating too many donuts, but he is military trained and he's got a darkness in his eyes that wanrs he can, and he will, take you down.


APPEARANCE
He's roughly 6 and a half feet, broad across the shoulders. His hair is thinning and receeding. He's pudgy with a beer gut, and a love of donuts. His hands are thick and calloused from the years. 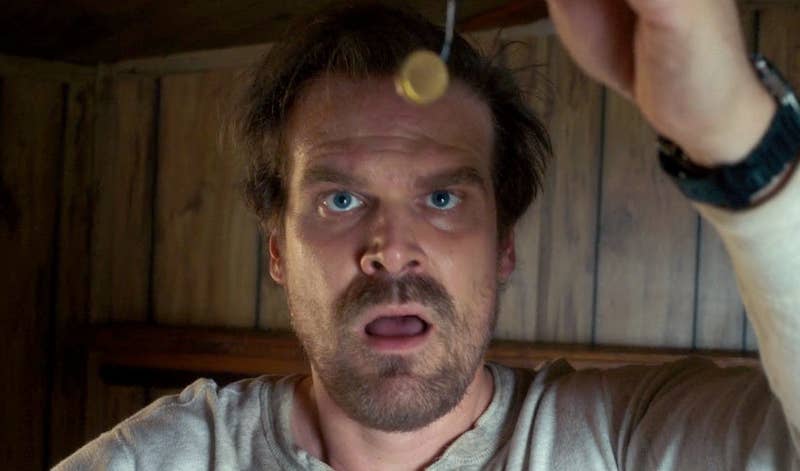 THE ROLE
ABCD-E
PERSONALITYTYPEINFO
PERSONALITY
Hopper is one of the good guys, but he's been beat down by life. He joined the service, and fought for his country. He joined the police force when he returned to Hawkins, Indiana. He was married and had a daughter, Sara. Sara died after a prolonged illness, and Hopper's marriage fell apart.

Hopper took to drinking, and given how little crime there is in Hawkins, he his drinking barely affected his work. Which encouraged him to drink more. Drinking until he passed out, or was at least numb,was easier than dealing with the pain. Sara's death broke something in him, because no parent should ever have to bury their child.

Hopper seemed content to cruise through life, sleeping late and shirking off his responsibilities at work. But then Will Byers went missing and through his investigation he uncovered a massive government conspiracy and a lost little girl desperately in need of someone to give a crap about her, and he was a father without a child to care for. When their paths crossed, Hopper reassessed his life and his outlook, and took the girl, Eleven, under his wing so that they could both learn to love and trust.

Hopper has a big heart. And despite his seemingly lackadaisical attitude toward work and responsibility, he has a strong desire to help people. That's why he became a cop, after all. He just needed to get a nudge back in the right direction. He would do anything for the people he loves and cares for, right down to sacrificing himself to ensure their safety.
VISUALS 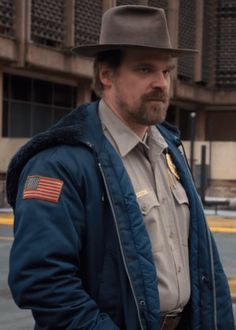 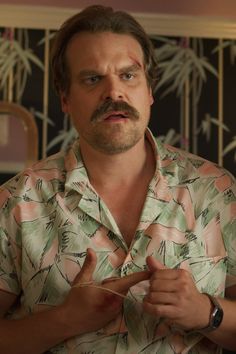 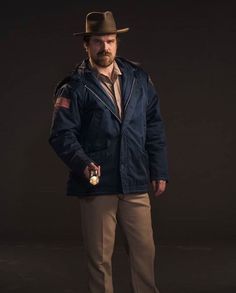 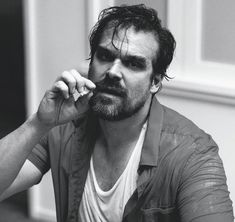 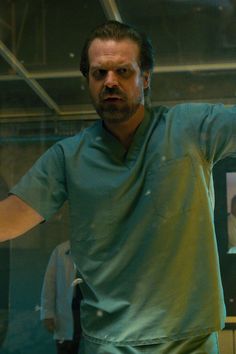 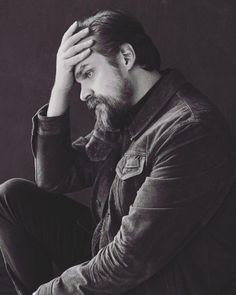 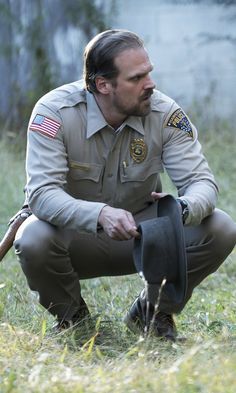 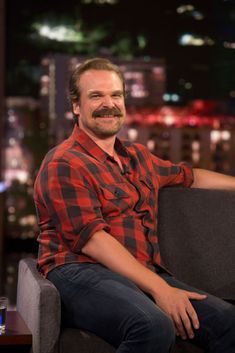 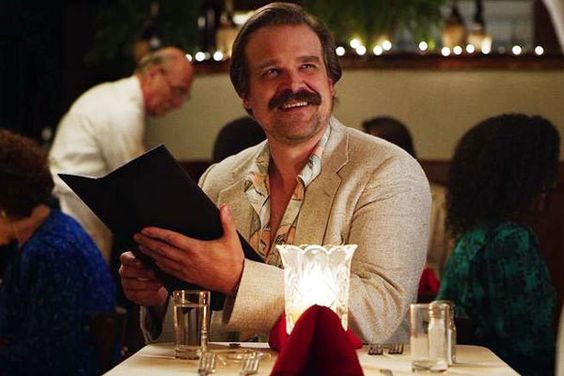 Eleven (Jane Hopper)
Hop adopted El so that he could help her live a normal life. She is his daughter in the truest sense of the word.

Joyce Byers
Hop has known Joyce since they were in school. He is interested in pursuing a relationship wit her.
HISTORY

I’ve been stuck in one place, in a cave you might say, a deep dark cave. And then I left some Eggos out in the woods and you came into my life. For the first time in a long time, I started to feel things again. I started to feel happy. But lately, I guess I’ve been feeling distant from you, like you’re pulling away from me or something. I miss playing board games every night, making triple decker Eggo extravaganzas at sunrise, watching westerns together before we doze off. But I know you’re getting older, growing, changing, and I guess, if I’m being really honest, that’s what scares me. I don’t want things to change. So I think maybe that’s why I came in here, to maybe try and stop that change..
Jim Hopper was a small town chief of police, where the most exciting thing that happened from a law enforcement standpoint was that an owl tried to nest in an old lady's hair. Seriously, nothing bad ever happened in Hawkins, Indiana. Hopper led a boring, predictable life. he drank too much, ate too little (but too much of the wrong things, such as donuts), and smoked at least a pack a day. Honestly, there wasn't much else for him to do when he wasn't working. On the rare occasion that he went on a date, he rarely followed up in any way. Since his wife left him after the death of their only child due to illness, Hopper has significant commitment issues.

Hopper has a military background, and pursued a civilian career in law enforcement. He has been the chief of police in small town Hawkins, Indiana for as long as anyone can remember. He's generally a fair and just leader, he tends to leave people alone if they aren't breaking any major laws and if they aren't hurting people, as shown when he is reluctant to deal with protesters outside the mayor's office. At the same time, he will do his job without apology, arresting friends when it is justified. 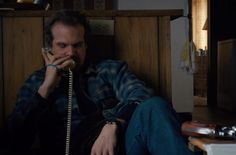 He's been comfortable for so long that his life became just going through the motions. When Will Byers' mother, Joyce, came to him insisting her youngest son was missing, he tried to blow her off saying the boy was probably just out with his friends. Hopper knew Joyce from high school, maybe even had a bit of a crush on her, but she married and had a family with someone else, though she was divorced long before Will went missing. The search for Will opened Hopper's eyes to a whole world he never knew existed, as the search led him to another child about Will's age who had been taken from her mother as an infant. After the government got involved when Will Byers' body was allegedly pulled out of a lake, Hopper began to wonder if Joyce's absurd claims that the body wasn't her son were true. He broke into the morgue, and discovered the body was a dummy filled with cotton and was not a real body at all. So where was Will Byers?

Hopper had suspected the scientists at Hawkins Lab knew more than they were saying, and he broke into the facility. He has a curiosity that when peaked is insatiable. And when it involved a missing kid (or two) there was no stopping him. Along with Will's mother Joyce, Hopper went through a portal into a place called The Upside Down which is something of a parallel universe that exists alongside reality, but is riddled with danger and murderous creatures. Hopper and Joyce saved Will, and Hopper's eyes were open to a very real danger that lurked just below the surface. 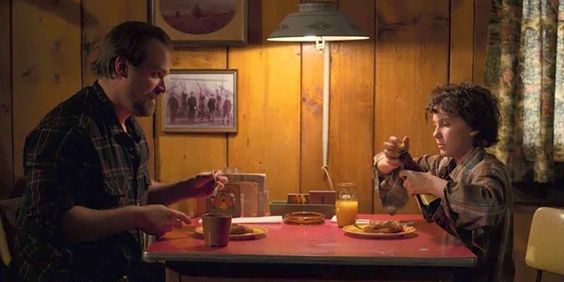 Hopper took in the other missing child, Eleven, who was living in the woods on her own. He gave her a place to stay, and protected her like his own. He might lose his temper from time to time, but his love for El was obvious. Hopper is the sort of man who will do whatever he has to do to protect the people he loves, no matter the risk. He is afraid to get close to people, but he can't stop himself from loving. He reacts badly when trust is broken, and drinks himself into a stupor when he feels betrayed or let down. He is insatiably curious, and relentless in pursuit of information.

He can be a bit of a jerk, and he is very aware of this fact. But the fact is he feels things so deeply that he often lashes out in order to protect himself. He knows it isn't healthy, and sometimes he goes on a bender, drinking himself into a stupor when things get really rough. He also tends to run off half cocked and ill prepared into the heart of danger, and when it comes down to it, he will selflessly sacrifice himself for the people he loves -namely Eleven and Joyce.

Hopper joined the military after high school. Given his instinct and intelligence, it seems he may have been Special Ops.

Hop is a survivalist. he has a hunting cabin, which indicates he can hunt. He can track, and knows how to leave a trail.

Hop has been seen using, and recognising Morse Code.